The alarming impacts of PM2.5 in Ukraine and Beyond―By Joyce Anthonia Ojokojo

Media coverage has paid less attention to the indirect consequences of climate and environmental impacts in any conflict or war. Even though air pollution has both direct and indirect environmental impacts in both armed conflict and non-armed conflict, the indirect impacts surprisingly have long-term consequences with more deaths recorded than the war itself. These range from PM2.5 /air pollution from toxic gases and particles arising from the use of explosive weapons on military infrastructures and cities and abandoned weaponry.

PM2.5  are tiny particles or droplets in the air that are two and one-half microns or less in width ( A micron is a unit of measurement for distance like inches, meters, and miles). PM2.5  comes from outdoor and indoor sources of fine particles. The indoor sources come from indoor activities such as tobacco smoke, cooking (e.g., frying, sautéing, and broiling), burning candles or oil lamps, and operating fireplaces and fuel-burning space heaters such as kerosene heaters (European Union, Bowe et. al. 2019 and Lilian et. al, 2021).

Impact of  PM2.5  in Ukraine and Beyond

Prior to the outbreak of the war in Ukraine in February 2022, air pollution was among three of the environmental problems Ukrainians were most concerned about, third after water pollution and deforestation (UNDP Ukraine). The Environmental Performance Index ranked Ukraine low on environmental indicators such as air quality, biodiversity, and ecosystem health, and the situation is most likely to get worse after the war. In Eastern Ukrainian port city of Mariupol which is less than 10 miles from Russia has more than 50 times the World Health Organization’s recommended levels of PM2.5  National Geographic. Dirty air has been strongly linked to heart disease, cancer, dementia, and many other illnesses in Ukraine’s other big industrial cities like Kryvyi Rih, Dnipro, Kharkiv, and Zaporizhia (State of Global Air, 2020). The ongoing Ukraine war will no doubt have the most severe environmental impact ever with long-term health implications.

Beyond Ukraine’s border, the war does have multiplier effects on the global climate crisis―both civilians and soldiers. In Kabul, the capital of Afghanistan almost 3,000 people died in 2018 from diseases caused by air pollution due to the conflict that has been going on since 1978 (Lifegate). By 2019, the Syrian conflict led to three times above the recommended levels of PM2 contributing to chronic disease, breathing problems, and hospitalization (Bawader, 202). The “Gulf War Syndrome” is used to describe the mortality rate among American soldiers returning from the first Gulf War. High rates of leukemia and lymphoma is a consequence of the Iraq war, and the Balkan war due to the bombing of energy and industrial plants which has severe impact on the environment (European Union). 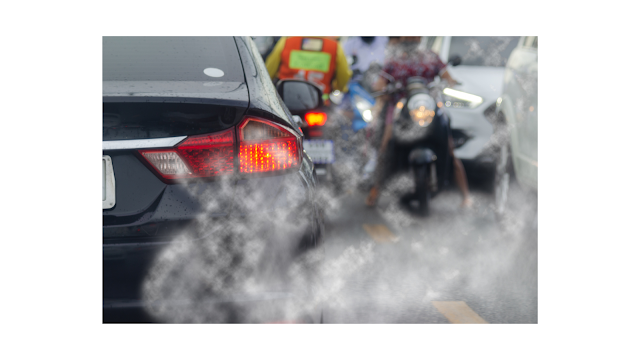 AVERE Ukraine-How the People and Planet can Thrive

Given the ongoing war in Ukraine, is scaling electric cars an effective strategy to drive public and institutional changes?  How can the people and government give environmental pollution the urgency it deserves considering the grave consequences of the Ukraine war? Follow AVERE Ukraine avere.org to keep updated.